Get a feel for the new MFC features using samples

Hello, everyone. This is Jessica Liu. I’m an SDET on the VC Libraries team. During the past few months, I have spent most of my working hours on testing the new MFC components.

Now the Visual C++ 2008 Feature Pack has been released. This update is not going to cost you one cent if you already have Visual Studio 2008 RTM installed. But porting your application to using those new features might be a big deal to you and your products.

Want to see what those features look like before get your hands dirty?

The new MFC samples are just for you.

There are a total of 34 samples, and they cover a pretty high percentage of new MFC code. Of these new samples, I would like to highlight the following: 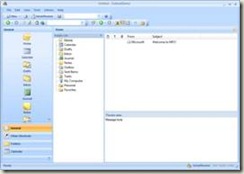 The OutlookDemo sample demonstrates how to create an application similar to Microsoft Outlook 2003/2007. You can change the current visual theme using the Application Look dialog, which can be opened from the View | Application Look… menu. Note the Outlook Bar Office 2003 style check box. This option allows you to switch between different modes of navigation pane (also known as the outlook bar), which is docked at the left side of application window. Click the “New” toolbar button to open a mail frame. This window emulates a form used in Microsoft Outlook to compose email messages. 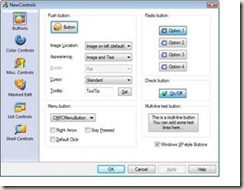 The NewControls sample demonstrates the capabilities of many of the controls implemented in MFC, including customizable buttons, color picker controls and palettes, a font chooser, an image editor, a property grid, a masked edit control, and shell list and tree controls. 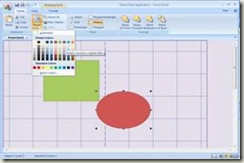 To get these samples and instructions for installing them:

• You can also locate samples on your computer’s hard disk. By default, samples and a Readme file are copied into a folder under \Program Files\Visual Studio 9.0\Samples\.

Enjoy all these tremendous new samples!