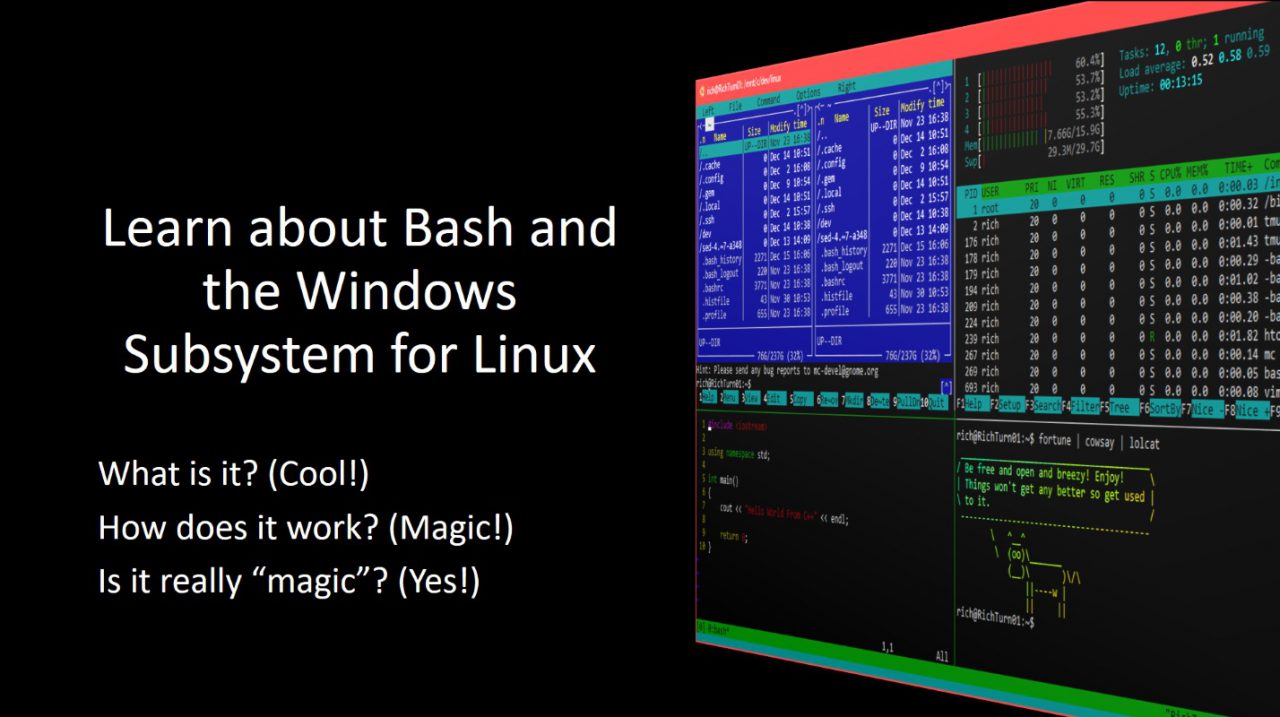 Want to get started right away?

Take our free course here: Get started with the Windows Subsystem for Linux.

Windows Subsystem for Linux (WSL) has made a lot of waves since it was announced at //Build 2016 in April 2016. The Windows Subsystem for Linux (WSL) lets developers run a GNU/Linux environment — including most command-line tools, utilities, and applications — directly on Windows. To help answer some of these questions we’ve collected together most of the learning resources – docs, blog posts, and videos, below, where you can learn all about this exciting Windows 10 feature.

Here’s a table of contents of what you can find on this page:

We invited some of the key WSL architects and developers to explain the key internal workings of WSL. The result is a series of WSL internals-focused blog posts and Channel9 videos recorded by the inimitable Seth Juarez for your viewing enjoyment!

Want to learn more about WSL while you’re away from your screen? Listen to the following podcast interviews:

What can you do with WSL?

The resources below share examples of what you can do with WSL. We hope to grow this list over time, so please check-back often to see some of the cool things people do with WSL!

You can use the Windows Subsystem for Linux along with the Visual Studio Code Remote extension to have a fully featured Linux development environment right inside your Windows machine! Read our blog post: An In Depth Tutorial on Linux Development on Windows with WSL and Visual Studio Code to learn more.

During Windows DevDays on Feb 8th 2017, Stacey and Rick demonstrated using Visual C++ for Linux to compile and debug an application on WSL! Many thanks to Marc & the team for their help building this demo! 🙂 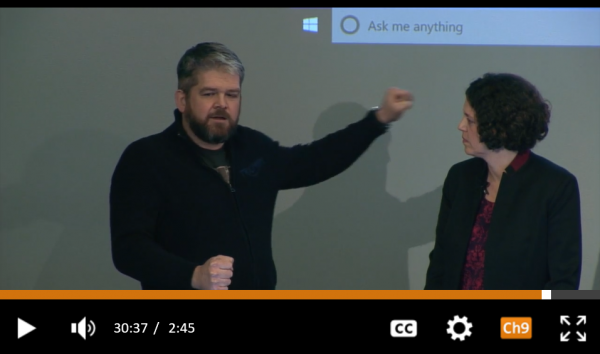 This is our original intro video which was published simultaneously with the original launch of WSL at Build 2016:

Note that most of the caution urged in the video regarding WSL’s initial “gaps” and “missing features” have been remedied in the Insider builds leading up to, and including, Windows 10 Creators Update.

After Windows 10 Anniversary Update was launched, we immediately began work on features that will ultimately show-up in Windows 10 Creator Update (due spring 2017). These new WSL and Console features were introduced in the Windows Insider builds rolling out of our build labs during the latter half of 2016, which I summarize in this post.