September has come and gone all to quickly for us on the Visual Studio App Center team. Like many of you, we were excited to learn about the latest mobile software and hardware updates coming to both consumers as well as developers. We have also spent time continuing to ship even more improvements to the app distribution experience. With that said, let us dive right in to the latest releases from App Center that you can use today.

iOS 12 and Extension-less testing with XCUITest

Earlier this month, Apple announced new phones and watches as they shipped iOS 12. While some may be eagerly awaiting the arrival of a new iPhone, you don’t have to wait to start testing your apps on the latest OS releases. App Center shipped launch day support for iOS 12 and have over eighty devices ready for you to start testing immediately. Along with the iOS 12 update, for those of you writing test automation with XCUITest, we’ve further simplified the process of uploading and running tests on our device cloud by removing the need to include App Center XCUITest Extension framework for tests in our lab. We hope you take the opportunity to take advantage of these new updates by adding iOS 12 devices to your device sets and start testing your iOS apps today. 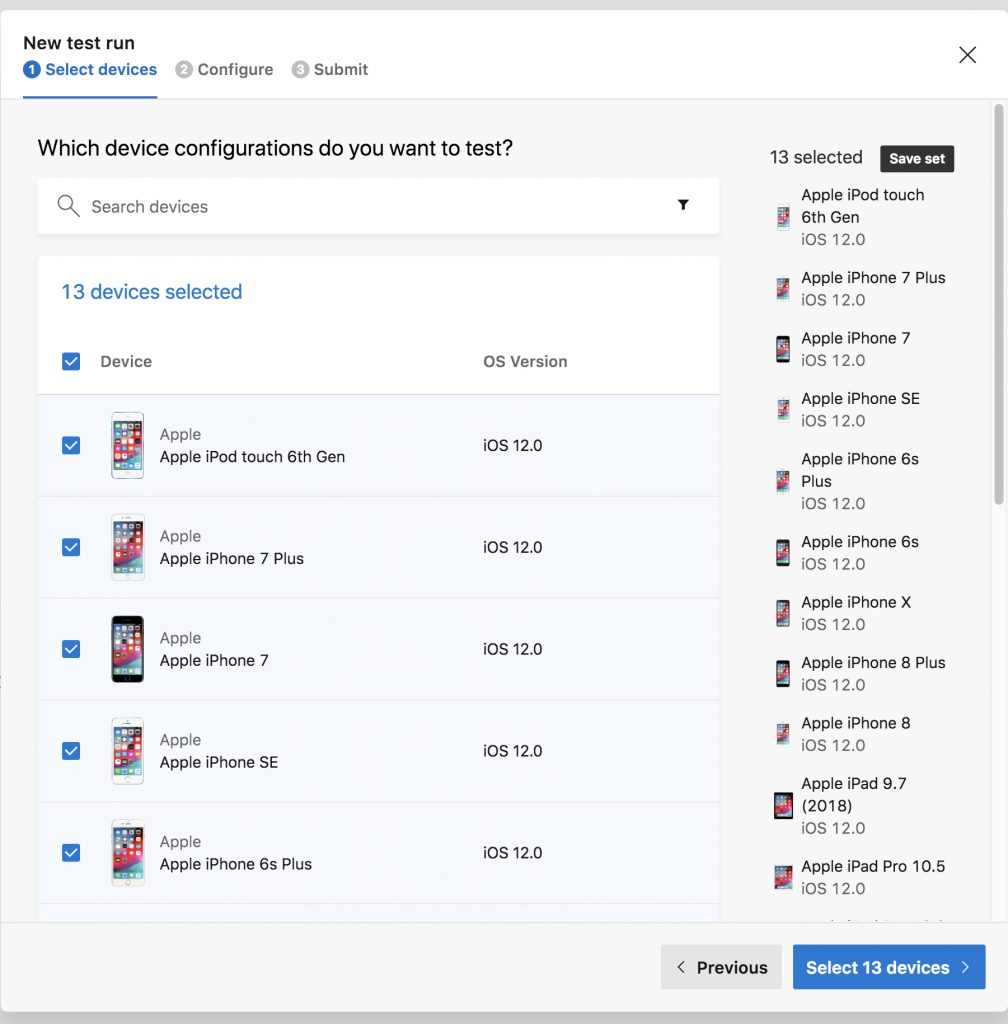 A few weeks ago, we added support to attach your Azure Active Directory (AAD) managed security groups to your apps in App Center. This allows you to manage and add an entire security group as a target for app distribution, making it easier to publish an app to large groups at once, and across multiple apps. For non-AAD managed groups we have added the ability to share distribution groups across multiple apps within an org, instead of individually re-adding everyone per app you need to publish. These two updates should make app management and distribution even easier, freeing time for other tasks such as adding new features or writing those new XCUITests leading up to your iOS 12 release. 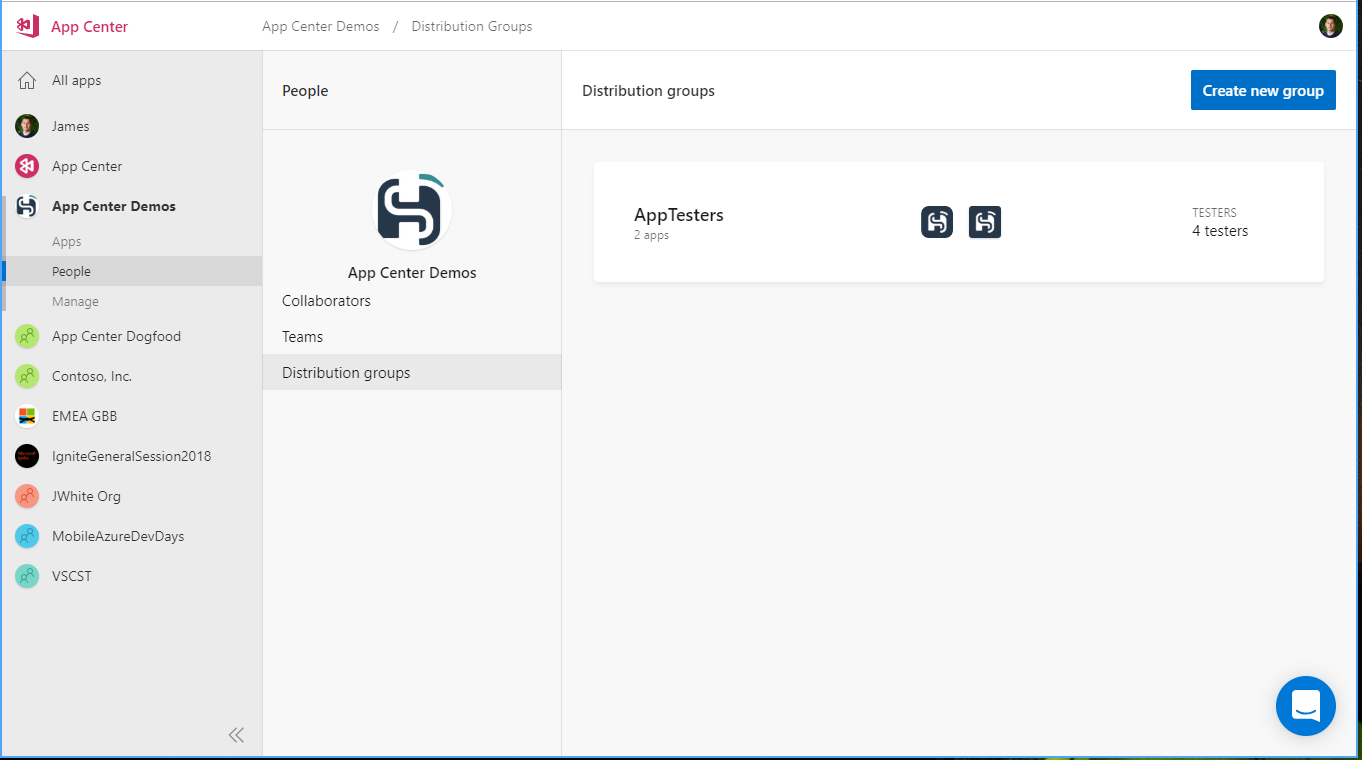 More App Center for the Enterprise with Microsoft Intune

During Microsoft Ignite, we announced an additional option for developers requiring Enterprise level app security with support for Intune app protection. Now, along with the ability to publish your apps directly to the Intune store, App Center also now allows you to wrap your app with Intune app protection policies. This functionality works great for companies who have a “bring your own device” policy for company apps, adding security to your individual apps instead of enrolling and securing an entire device. Intune app protection is currently available to iOS only as a private preview, so we are looking to your feedback and support to help us decide how to better support your scenarios going forward.

If you log into App Center today, both in the browser or on your device you may notice a new look and feel. For those on mobile, we have updated the portal to provide a better, more responsive, experience. 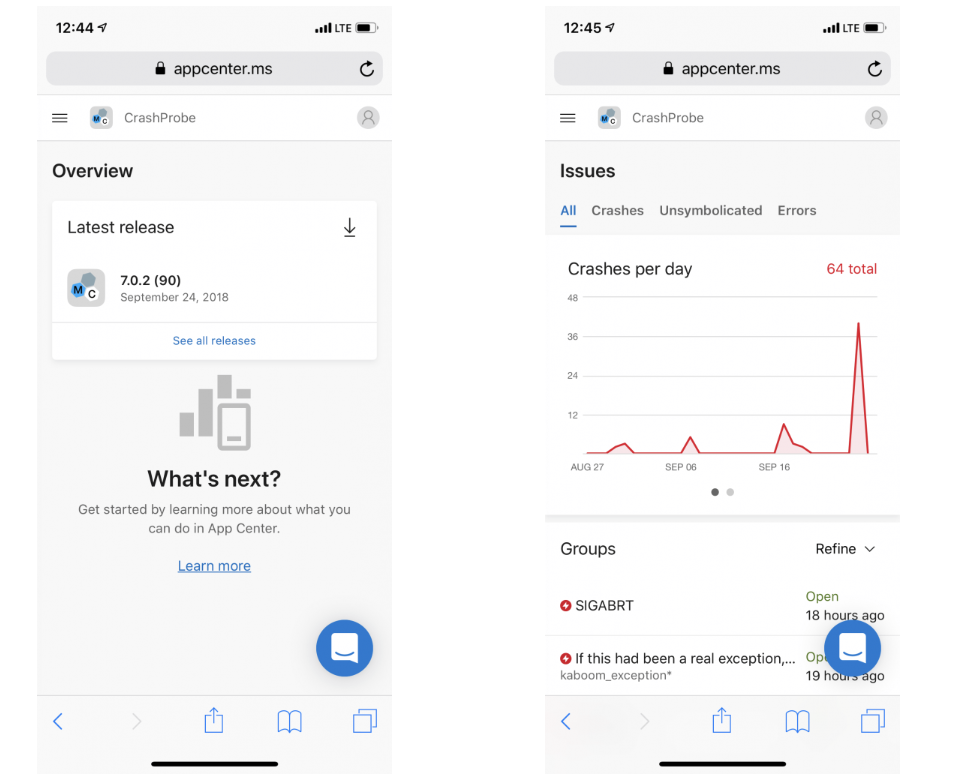 In the web portal, we incorporated your feedback and have added both breadcrumb navigation paths and moved the profile and settings menu to the top right instead from the bottom left of the portal. We hope these updates provide a better, more consistent, experience across your devices.

There has never been a better time to be a mobile app developer and we at App Center are continually incorporating your feedback to provide the best tools that fit into your pipeline. As always, we would love for you to check out these new features and let us know what you think, or what you would like to see next, just click the blue chat icon on the bottom right of our portal and let us know what you think.

Log in or create your free account and chat to the App Center team any time—we’re listening (and shipping!).

Get Started for Free

Testing Xamarin Applications with Visual Studio App Center
With App Center you can perform both unit tests and automated UI tests within a CI/CD pipeline. You should launch your unit tests on a post-clone step and UI-tests on post-build step. While planning your UI test strategy (how many testing devices, how many tests, and how often to perform them) you should consider that UI testing requires more time than unit testing.