We made some recent changes to Visual Studio App Center that enable our customers to associate app users with their data in App Center. App Center customers can use this user association to send push notifications to specific users through App Center Push. In this article, I’ll explain how it all works.

Another way to identify app users is through the App Center Auth service. With Auth, developers add a few lines of code to their apps, and App Center manages the in-app authentication process (using third-party identity providers or the traditional username and password approach). Once the app user signs in, the App Center SDK automatically registers the user’s identity in App Center, enabling developers to view Analytics and Diagnostics data for specific users, plus send notifications to users. You can learn more about this feature in the App Center blog.

Now that you know all about how to identify users in App Center, I’ll show you how to send notifications to users instead of specific devices. First a little background…

Developers building apps like this must generally write the code in the app to register the device for notifications, then send the user’s identity and the device token to the app’s backend system for storage. When it comes time to send a notification, the backend identifies the user or users that need notified, digs up the device tokens associated with each targeted user, and sends the notification through the appropriate third-party notification service (a different one for each target platform).

The following sections describe each approach in detail.

We expect that most customers will send user notifications using the App Center API simply because when you have an app with thousands or millions of users, you probably won’t want to hop over to the App Center Portal for this purpose. We still want to support the manual notification process, so sending notifications to users is just an additional option in the Send Notification wizard shown in Figure 1. 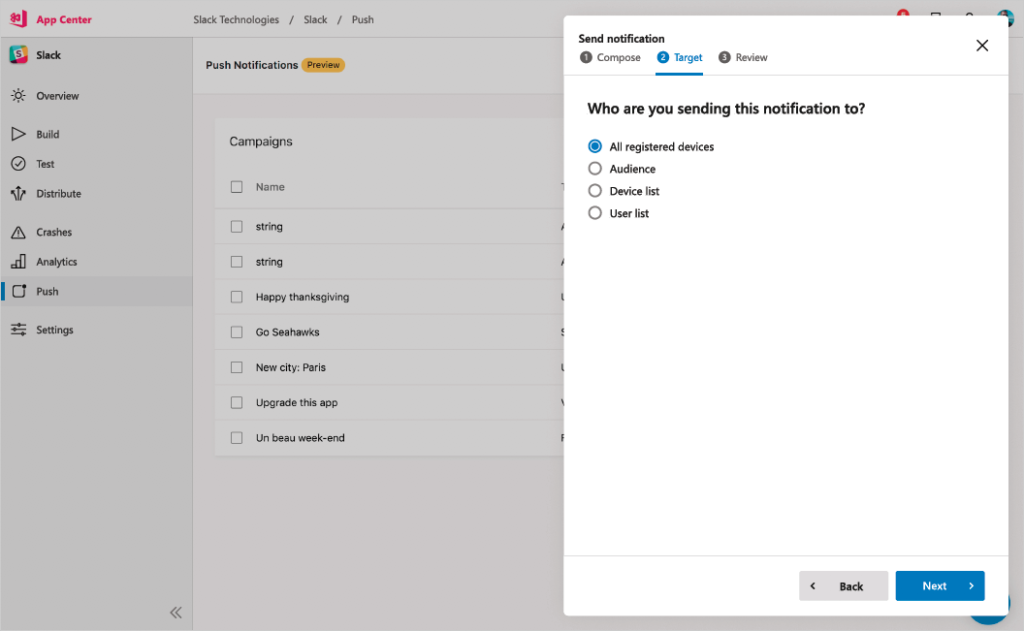 To send notifications to users, select the User list option shown in the figure. If you are not using App Center Auth to manage user identities (why not?) then App Center defaults to asking for a comma-separated list of user identifiers as shown in Figure 2. The input field expects a comma-separated list of string values representing the user identity values the app set using the App Center SDK. We expect apps will use something like email address, but, remember, it could be anything the developer’s heart desires. 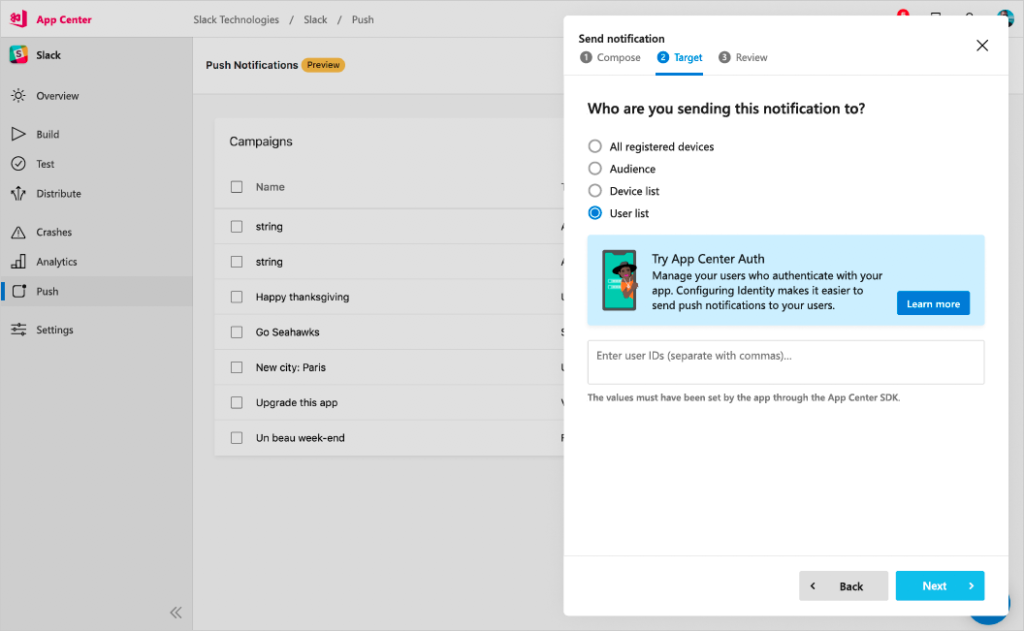 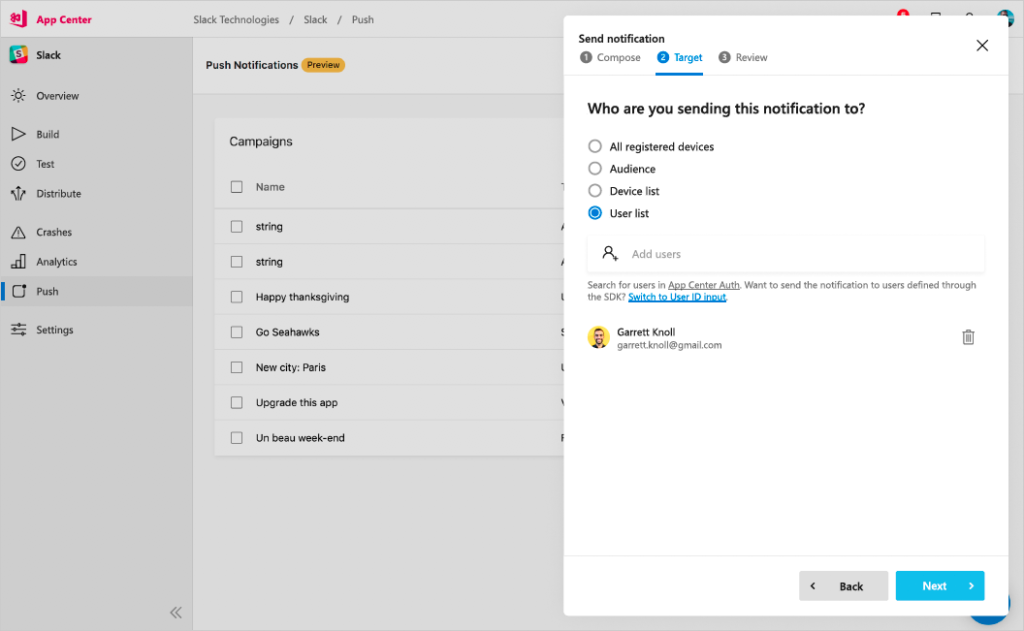 At this point, the notification process remains the same, simply click the Next button to complete the wizard and send the notification. To learn more about this feature, refer to the App Center Push to User documentation.

For the API approach, we added two notification_target options to the existing /push/notifications API.

To send a notification to user identities set using the SDK, specify a notification_target type of user_ids_target as shown in the following example:

To send a notification to user identities set using the App Center Auth, specify a notification_target type of account_ids_target as shown in the following example:

To learn more about this feature, refer to the App Center Push to User API documentation.

Moving from Node.js to .NET Core
Here on Visual Studio App Center, our platform is built as a set of microservices, which has afforded teams to make language and platform choices that work best for them, and ultimately allowed us to move and iterate quickly

Jim Wang
May 21, 2019
16 comments
Visual Studio App Center: Changing the Way you Handle App Data
Data. We’re aiming to solve some of the biggest problems associated with data. The App Center Data service, currently in preview, lets you manage, sync, and persist your application data in the cloud across different devices and platforms in both online and offline scenarios. Whether it’s global data that every user can see or private account