We just started a few hours ago, but Microsoft Connect(); 2016 is already a huge success. In addition to our onsite attendees, hundreds of thousands of developers are watching live through Channel 9, and during the keynote, we made major announcements across our Cloud, Data, and Developer tools and services.

Let’s talk a bit more detail about the announcements that mean the most to you, as Xamarin developers. After several months in private preview, we’re thrilled to be able to announce a Preview of Visual Studio Mobile Center to the world. Mobile Center is our new mobile cloud service for mobile developers, a “mission control for mobile apps.” Developers can use Mobile Center to build, test, distribute, and monitor apps from a single, integrated console. 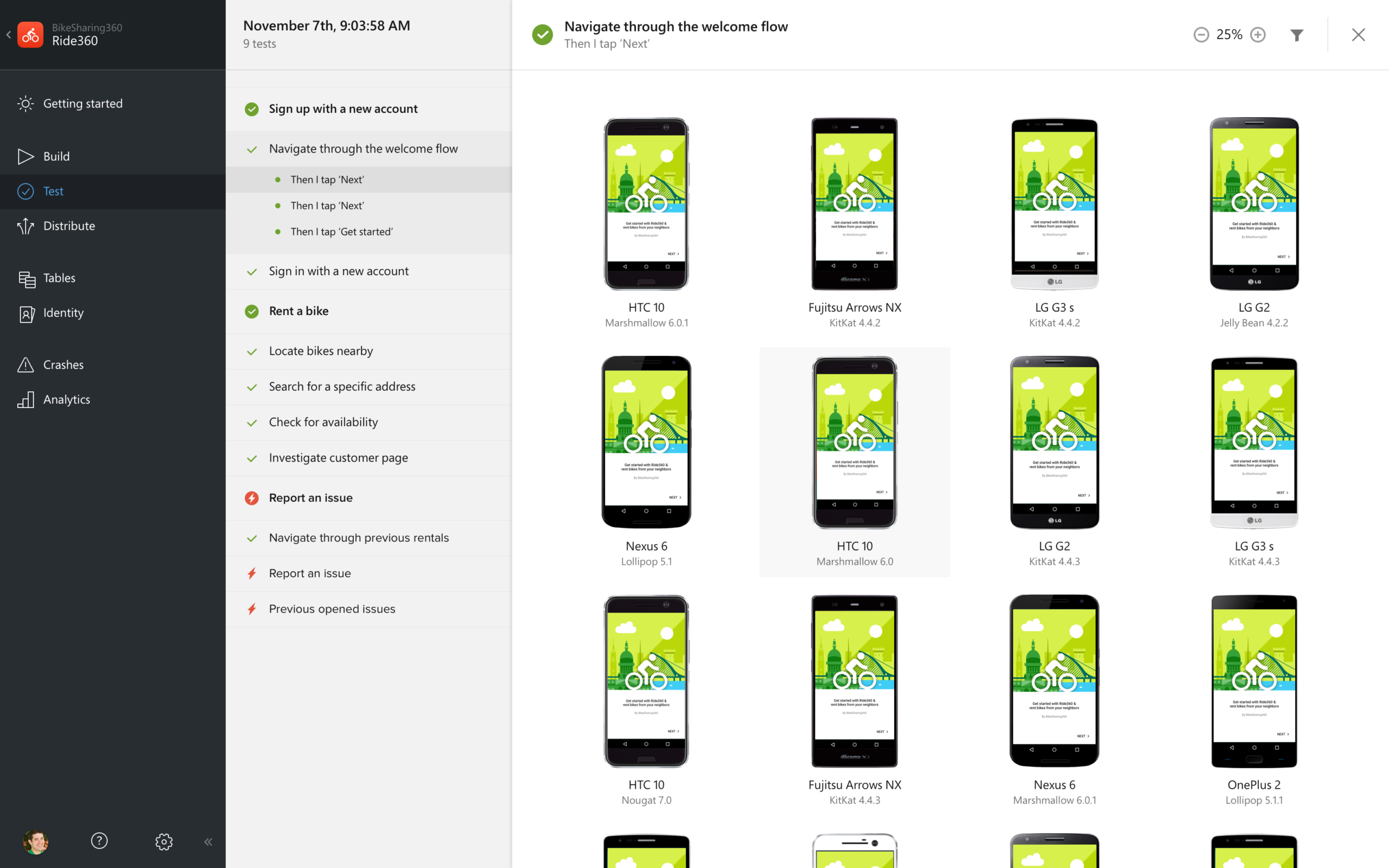 For more information and request an invitation to join the Preview, please read Nat’s post on the Visual Studio Team Blog.

New Xamarin GA features: Some of you may have tried these in preview over the past few months, and we thank you for your feedback and input. We’re proud to announce that the following features are now generally available and fully-supported:

After a successful private preview, we’re pleased to announce support for Java via the Appium framework in Xamarin Test Cloud. We designed Xamarin Test Cloud to work for any app, in any language, and we want it to work for any developer, too. Our customers have had great success authoring their Xamarin Test Cloud tests in Ruby and the Calabash framework or C# with Xamarin.UITest. But, we know a lot of you may prefer Java, and we want you to be comfortable and able to ship your mobile apps with confidence. With Appium support, Java developers everywhere can now take advantage of real, automated mobile device testing on 400+ configurations to get the productivity and quality benefits of real device testing. You can learn more about this and Test Cloud’s future as part of Visual Studio Mobile Center in our post here.

Want to learn more? Watch the event live, and don’t forget to join us for Day 2, when we’ll dive deeper into the products, including those announced on Day 1, and Day 3, which is a full day of FREE training from Xamarin University and Microsoft Virtual Academy.

Live XAML Previewing with the Xamarin.Forms Previewer
One of the most time-consuming parts of development is the the build and run cycle, or the time between writing a line of code and seeing it execute. Real-time feedback makes development faster, easier, and more fun for developers. The Xamarin.Forms Previewer renders a live preview of a page side-by-side with the XAML markup, allowing you to see your user interface come to life as you type.