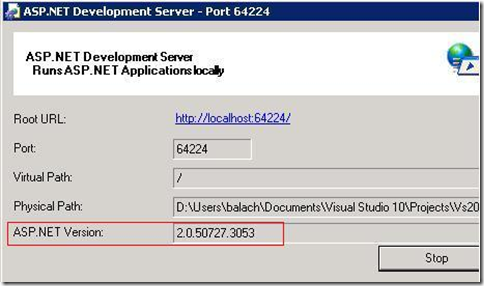 When creating new or re-targeting existing localhost IIS WAPs and IIS websites (HTTP websites) using VS 2010 (example, as in Figure 4), it will automatically set the application pool in IIS for you based on the .NET framework that the web project is targeting. (Remember that you need to run VS as admin if you are using IIS as your development server rather than the built-in ASP.NET Development Server). If an application pool for the current runtime version does not already exist in IIS, VS 2010 will create one for you and then assign the web project to this newly created application pool. You can verify this by selecting the application in IIS and viewing the Basic Settings (as shown in Figure 5). VS 2010 does not automatically update the application pool on a remote server, however. 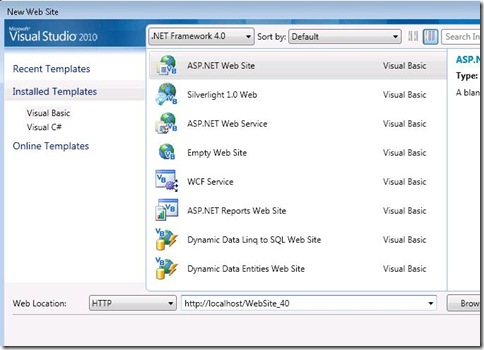 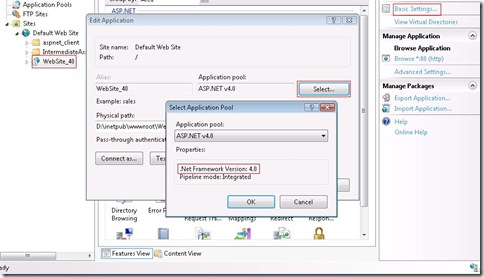 VS 2010 supports conversion of a web project created using VS 2005 or VS 2008 to the latest version of Visual Studio so that you can take advantage of the new features that are available. The feature works similar to the conversion behavior in VS 2008 – you will be presented with the Visual Studio Conversion Wizard that will walk you through the steps to convert your project to VS 2010 (see figure 6). Like in VS 2008, during conversion of your project, a prompt will appear (see figure 7) allowing you to continue targeting the lower .NET framework version such as ASP.NET 2.0, 3.0 or 3.5, or optionally, upgrade the project to target the latest .NET framework version ASP.NET 4.0. 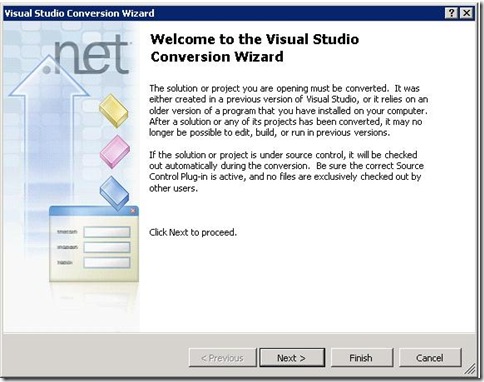 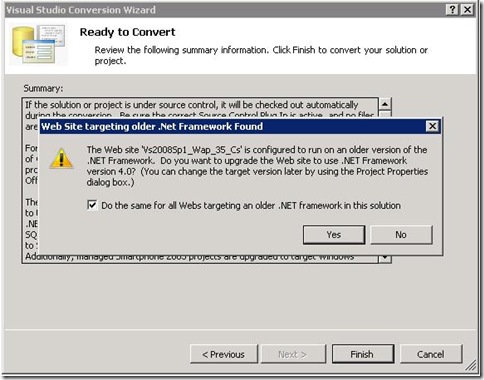 Conversion of projects creating using VS 2003

VS 2010 also supports limited conversion of a web project created using VS 2003. As above, you will get the conversion wizard but there will not be a prompt allowing you to remain in the lower ASP.NET 1.1 framework. This is because VS 2010 only supports targeting of frameworks 2.0 and above. Rather, the ASP.NET 1.1 web project will get upgraded to a ASP.NET 4.0 Web Application Project.

Note: It is always a good practice to take a backup of your web project before converting it to a newer version of Visual Studio.

In-Process Side by Side Part 2 – Common in-proc SxS scenarios
Update: The information in this blog post applies to pre beta-1 behavior and is not applicable to beta 2 and RTM. We will have more posts and documentation on this ...

CLR Team
June 7, 2009
0 comment
New Security Model: Moving to a Better Sandbox
For .Net Framework 4, we decided to remove the dependency on caspol and the policy levels and make things simpler. With this change, the default grant-set for ...