The article was written by Paul Marsh, a long time Microsoft Developer from Microsoft BASIC on an 8-bit Dragon 32 through to Azure and now Unity 3D. He has worked with a number of enterprise businesses, retail and social media companies. Currently he is in a joint owner of a UK based simulation/game company with his wife.

A game or simulation can influence the real world through other mediums than just screens and speakers, such as using dedicated haptic “rumble pads” controllers. I wanted to extend that influence to include altering the colors in the player’s environment. What if we could synchronize the light cast on the player’s character with actual lights in the player’s room? A search light casting its beam across their face, or onboard an alien infested space craft with the murky emergency lights filling their room? With my willing assistant, Terrance, a .NET NuGet package, a couple of Philips Hue lights, and Unity 3D, let’s see if it can be achieved. 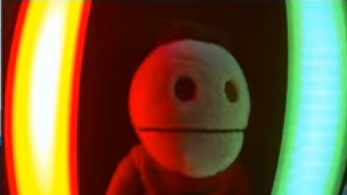 Spoiler alert – if you want to see a quick test of the results, then watch my Unity Dev Log 6a – Physical Light Teaser 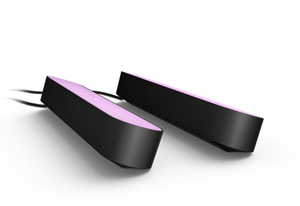 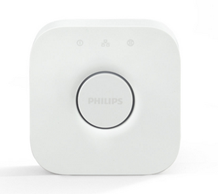 There are numerous controllable lights but for this demonstration I am using the Philips Hue Play Bars. These are LED lights that can emit a range of colors. They are controlled by a Philips Bridge, which in turn is programmable via a REST API (note, you have to sign up to the API). Since this is .NET, there’s likely to be a NuGet package out there to make, ahem, “light work” out of using this API. For the demo, I’m using the open-source Q42.HueApi NuGet package.

The first step is to create a new Unity project and set the Project Settings > Player to .NET Standard.

Currently, adding NuGet packages into Unity requires a more manual approach than perhaps you are used to. You might find a better approach, but I created a small .NET console project and added the package. Then, you can take the two managed .NET Framework 4.x DLLs, Q42.HueApi and Q42.HueApi.ColorConverters and place them into the Unity Project under the Plugins folder.

Now, you have everything ready to code against.

This section is a basic introduction to controlling the Philips lights.

The very first thing you need to do is get the Application Key (App Key) from the bridge. This requires you to supply a couple of facts:

To get an App Key from the Bridge you now need to discover the Bridge like in the following example:

Note the comment, this requires physically pressing the accept connection button on your Philips Bridge, that is, it can take some time to walk to the device and back again. If you want to use this in a real application, then you’ll need to provide a nice ‘waiting’ UI. The good thing is that you only need to go through the process once. Once you have the key you can hang on to it, so you will want to store that somewhere. I serialize it to disk by setting the property of a custom made HueSettings MonoBehaviour that resides in the game hierarchy. For example:

Once you’ve connected to the located Bridge, you can initialize the client with the App Key and discover the available lights connected to that Bridge.

Almost there, now how to control the lights…

Each light is identified by a name configured in the Philips App. You can either discover the names from the returned lights enumerable or just supply the known names. Whichever way you choose, once you have a light object you can Send a Command to it or to several lights at the same time. In the previous example, a command is created to Turn On the light (doesn’t matter if it’s already on) and then Set the Color of the light. Careful though, you must convert from a Unity color to a Philips color via the RGBColor class. One last thing to remember is to turn off the lights when your app closes. You could do this from the OnDestroy() or OnApplicationQuit() Unity methods. One trick is to send a Command to all the lights by not supplying any target lights.

Now that you have control over the lights, let’s do something with them.

The problem – capturing the total light on a surface, not just single rays but multiple light sources, reflections, and so on. 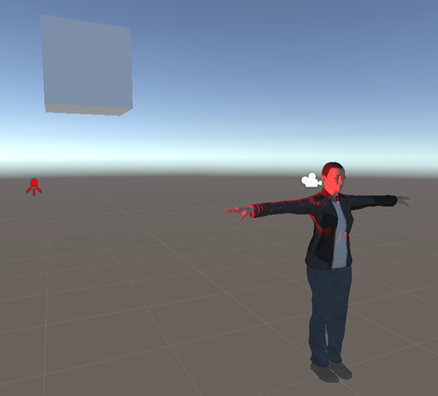 In my scene, I have a single spotlight source directed at the side of a character’s face. What I want to do is to match the Philips light located to the right of the player to the same color. We could just grab the color the light is set to and use that. That’s okay but as you’ll see next, it’s not very accurate. 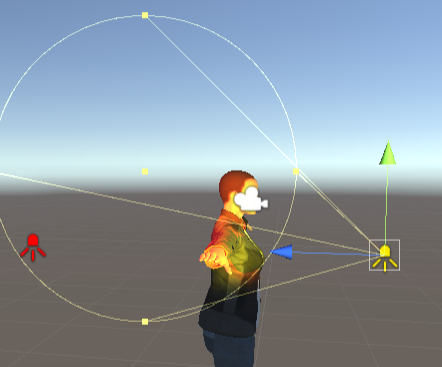 Now, you have multiple light sources on the characters face and the resulting color is a combination of them. In fact, it’s a combination of all sorts of light emitters. The lighting of the face consists of multiple light sources, reflections, ambient light, shadows, etc. Also, objects can affect the light before it reaches the character’s face. For example, a window blind.

This means you need a way to examine the light on the character’s face rather than simply aggregate the light emitters.

Capture the light via a Camera

The solution I’m using is to place a dedicated camera near to the character’s face. Its only job is to capture the face, therefore its Viewport and Clipping Planes have been constrained to only capture the side of the face. 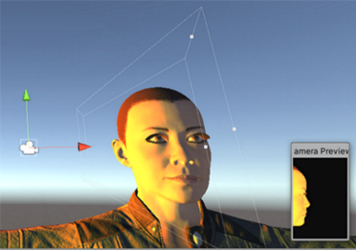 The real magic behind this is that each camera can render its results to a Target Texture. 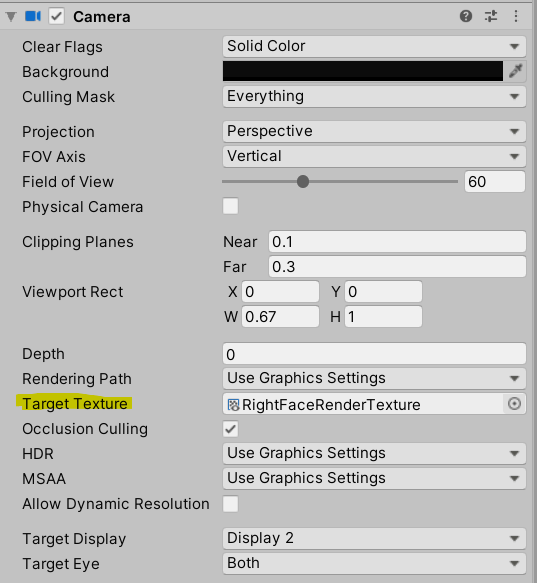 By referencing the same texture in code, you can analyze the colors.

In Unity, you can use a Coroutine to implement a long-polling color analysis and light setting method.

The Camera is rendering what it can see to the texture. You then calculate the average colors, using an algorithm of our choice, and set your chosen Philips light to the result. In this demo, I used a very simple average with a little twist to say the resulting colors must total something with enough color/light (colorGate) to make it interesting, that is, ignore deep shadows.

You can now capture the light cast onto a game object, the character in this case, and emit a corresponding color to a light in the real world. 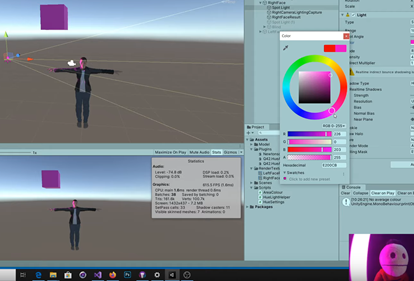 Or however many lights you want to use. My video camera NB struggles to capture the actual light color. Honestly, it’s much closer in real life. 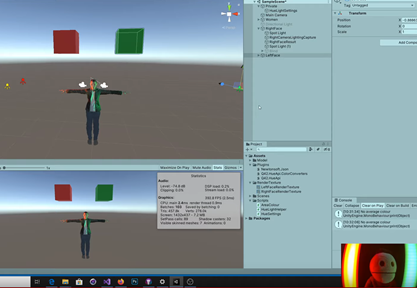 One of the major advantages of Unity is that it is able to utilize libraries from the wider .NET ecosystem allowing the game developer to, literally, bring other tools and hardware into play. In this post we have utilized a .NET library for Philips Hue to control the lighting, capture light information in Unity, and then apply the colors to Hue lights in the real world. I hope you enjoy an emmersive time playing with Unity and Philips Hue.

A version of the scripts used can be found at the paulio/UnityPhilipsLights repository on GitHub.

Infer#: Interprocedural Memory Safety Analysis For C#
We are excited to announce the public release of Infer#, which brings the interprocedural static analysis capabilities of Infer to the .NET community.