The Sprint 132 Update of Visual Studio Team Services (VSTS) has rolled out to all accounts and includes several features to help you scale your build and release pipeline.

If you have multiple, dependent teams in your organization working on large products, check out the new build completion trigger. It allows you to chain two related builds together so that changes to an upstream component, such as a library, can trigger a rebuild of a downstream dependency. 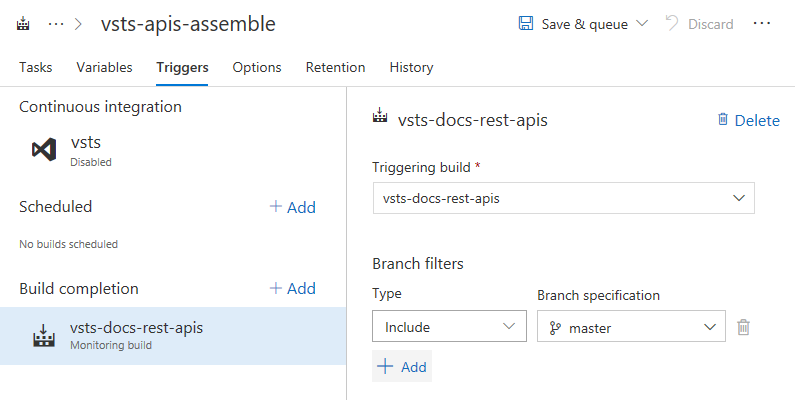 We also generally released a robust, multi-machine deployment feature we call Deployment Groups. Whether your machines are on-premises or in the cloud you can use Deployment Groups to orchestrate deployments across them with rolling updates, while ensuring high availability. There are also new release definition templates and an Azure Resource Group task to make setting this up even easier. Plus, if you create an Azure DevOps Project with the virtual machine option, it will create a Deployment Group for you!

A smaller, but handy feature you’ll discover in your next pull request is the ability to add commit messages from each commit into the description with one click. I recently received an email from someone who has previously been doing this manually since they are thoughtful in describing their commits already, helping them save time every day.

Check out the full release notes for more.

Release Flow: How We Do Branching on the VSTS Team
Whenever I talk to somebody about Git and version control, one question always comes up: How do you do your branching at Microsoft? And there’s no one answer to this ...

Edward Thomson
April 19, 2018
11 comments
Top stories from the VSTS community – 2018.04.20
Here are top stories we found in our streams this week related to DevOps, VSTS, TFS and other interesting topics, listed in no specific order: TOP STORIES WHAT’S ...