I am extremely pleased to announce the availability of Visual Studio 2013 release candidate for download.  This release includes new tools for line of business applications, Web applications, games, mobile devices, services and of course applications targeting our latest platform Windows 8.1.** **With the Visual Studio 2013 Release Candidate (RC) and Windows 8.1 RTM for MSDN and TechNet subscribers, developers now have everything they need to start building and testing  the next generation applications for the Windows Platform.  For those of you that don’t want to read the blog post and get started right way you can find it here:

Team Foundation Service serves as preview of the features you will be seeing in the on-premise version of the product as the service version upgrades production every sprint.  Today you can download same build and take advantage of many of the new features that have been rolled out since the //BUILD conference.   Chief among these are:

A new feature in Team Foundation Server is Work Item Charting which enables developers to quickly create diverse charts to visualize data drawn from work item queries, such as bugs, user stories, and tasks.   As of September 9th, 2013, this feature will also be automatically available to customers using Team Foundation Service as part of our regular feature releases to the service.  Charts are bound to work item query results as the data source, so you create charts under queries.  A query can have more than one chart.  To get started Just go to your favorite work item query, and switch to the “charts” view to create your first chart.

There are currently 5 types of “snapshot” charts available:

2. ****Browser based testing in the Team Foundation Server Web Portal

We have made several improvements in the Browser based testing such as the ability to bulk edit test cases (3), run tests from either Microsoft Test Manager or Web based runner (2) and the ability to open the entire test plan directly from the web based experience (1). 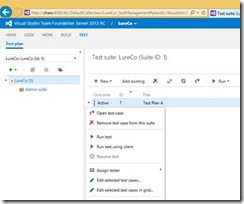 Part of Team Foundation Service the cloud-based load testing service will take care of setting up the agents, deploying your tests, and running your tests automatically, so you can just focus on what matters the most – finding and fixing performance and scale related problems in your application.  To set it up simply record a web test, add a load test, open the settings and check the option to run tests using Team Foundation Service

For more information on Cloud based load testing check out:

**Note: There are known limitations/issue with Cloud based load testing and the dark theme.  We are working on fixing these but the work around is pretty straight forward, use the light the for Cloud based Load Testing in the RC. ** 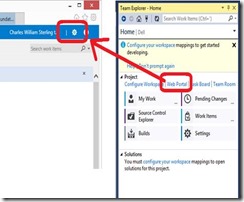 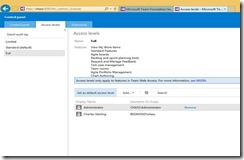 For those of you that have been using the Team Foundation Server Web Portal for a while, you will notice we have listened your (in many cases very loud) feedback and changed the TFS control panel so it is no longer red(…I must admit I will miss the color change while in the control panel.)

I will call out my favorite Visual Studio 2013 ALM features below but of course there are OODLEs of interaction improvements such as: Peek Definition, Enhanced Scroll Bar, Navigate to(Ctrl+,), New start page video experience but with our a doubt my favorite of these UI improvements is the new Start settings enhancements where Visual studio will remember my settings across multiple computers INCLUDING ALL MY TEAM FOUNDATION SERVICE accounts I am a member of-YEAH!(look at my connection dialog and imagine having to try and remember all those server instances!). 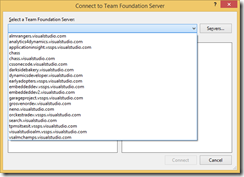 In Visual Studio 2013 Preview, we released a new feature called CodeLens which is a heads-up display in the code editor to provide deep contextual insights inline within source code files enabling you to get faster answers about the code and stay focused on your work. CodeLens for C# and Visual Basic provides information such as the number of references, and recent changes from source control.  In Visual Studio 2013 RC, CodeLens has added several new indicators exposing bugs, work items, code reviews related to the class or members and has also been enhanced by enabling integration of Microsoft’s Lync unified communications platform, making it easy to contact other developers who have been working on the same code from directly within the Visual Studio editor.

For more information check out http://msdn.microsoft.com/en-us/library/vstudio/dn269218(v=vs.120).aspx

Visual Studio 2013 you can now use Coded UI tests to test XAML based Windows Store apps. While this may sound like a “yawner” initially the fact you:

….Can run touch enabled gestures and tests against your XAML FROM NON-TOUCH ENABLED HARDWARE…

Definitely makes this one of the highlights of the RC! Note the Coded UI Test Project for Windows Store apps can ONLY be found under the Windows Store project category NOT under the Test category and you must be on Windows 8.1 for these projects to be available. 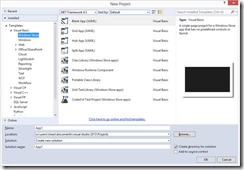 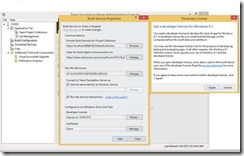 Definitely need to do more blog posts on this topic but more information can be found:

The diagnostics team is on fire with a bunch of new features for Visual Studio 2013 like Debugging Asynchronous Code in Visual Studio 2013, Microsoft Monitoring Agent, Concurrency Visualizer now on the Gallery for VS2013 etc etc but if had to pick my second favorite feature after the diagnostics hub it would be the new Managed Memory Analysis** **features. In Visual Studio 2013 we’ve introduced a feature to help you understand the .NET memory use of your applications from .dmp files collected on production machines. **** 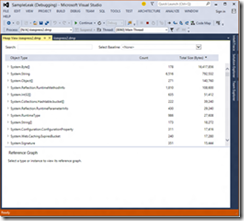 What do you get when you mix the ability to create line of business applications with Office365 and all of it works with the ALM Productivity tools?  My #10 favorite reason why you should try Visual Studio 2013 RC 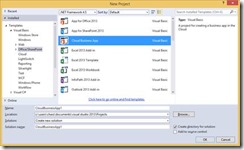 Start learning the concepts of DevOps & Release Management
This blog post has moved to ALM Rangers blog on https://aka.ms/vsarNews4,  where we introduce the solution in combination with the upcoming the Patterns & ...

Willy-P. Schaub
September 9, 2013
0 comment
Visual Studio 2013 RC ALM courses available from training partner Quicklearn
One of the ALM MVPs  Anthony Borton (TFS Instructor) has created an entire set of courses around Visual Studio 2013…and one of the nicest things about ...