A while ago I worked on a support request with a user reporting unexpected behavior from Git when completing a big and long-living pull request using Azure Repos. This pull request had known conflicts but also some missing changes on files and paths where there were no merge conflicts detected at all. This made me think Git was indeed, as user was reporting, ignoring some changes on its own. Long story short, it was not.

Let’s dig into this and hopefully help anyone using Git to understand the key processes of a Git pull request and the whys of the resulting changes of the merge operation to happen at the end of it. 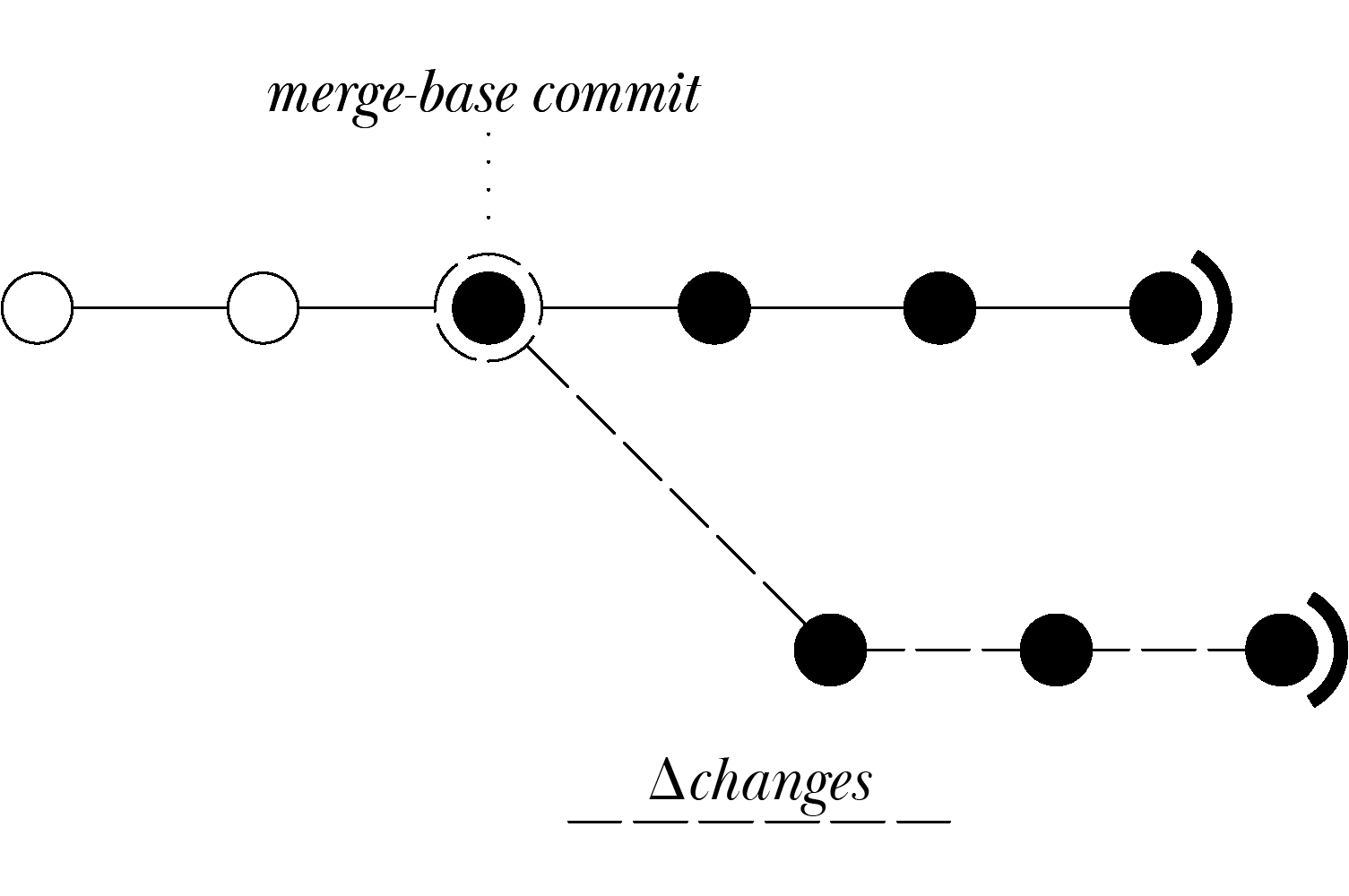 Git is especially good at tracking changes for text/code files. If the file is not a text/code file (such as images, videos etc), then Git will consider any change as a new version of the file.

In this diagram we show an example of a merge conflict, both branches received a commit on the file abstracted in the shape of a square. If we attempt to merge these branches Git won’t know which version of the file you intend to keep as final; we call these competing files.

For competing files you’ll have to mimic a sync between the branches by committing the version you want to keep on either branch. Git makes this easy by adding some conflict markers to the lines of the file in both branches after the conflict has been detected, see Resolving a merge conflict using the command line.

Remember we said Git would determine which changes to apply based on the merge-base commit? Let’s elaborate a more complicated scenario to demonstrate this. Which is the final version for file abstracted as a square?
In this example a user modified the file in the source branch and then rolled it back to the way it was at the merge-base commit expecting Git to set this version as the final one for the merge operation.

However, Git compared the version of the file from the merge-base commit against the HEAD of the source branch and determined there were no changes on it and therefore it ignored it. At the same time the target branch received a change on the same file and since there was no input on this file from Git on the source branch, it remained untouched and with no conflicts after the merge operation was completed. Keep in mind this behavior applies not only at a file level but at a line level for text/code files.

From the perspective of a support engineer, my suggestion to developers experiencing unexpected results from a merge operation is to identify the head of the source branch at the moment of a pull request completion and compare it to the merge-base commit by running the git merge-base command. After all this being said we can narrow down the possible scenarios to merge conflicts and unexpected resulting changes applied. If the issue remains unclear, we’ll be happy to help you in the Customer Service and Support team for Azure DevOps.

Top Stories from the Microsoft DevOps Community – 2019.08.16
DevOps is making strides into the data realm. Whether we call it DataOps, MLOps, or simply CI/CD for Data, it is becoming easier to automate schema updates and data transformation processes. This week the community shared some excellent articles on the topic!

Sasha Rosenbaum
August 16, 2019
1 comment
What’s new in Azure DevOps Sprint 156
Sprint 156 has just finished rolling out to all organisations and you can check out all the cool features in the release notes. This post covers just some of the features that you can start using today.