For those already familiar with goal-based load pattern in Load testing, go ahead and configure it just the way you’ve always done.

For those new to goal-based load pattern, read on.

A goal-based load pattern resembles the step pattern but adjusts the user load based on performance counter thresholds versus periodic user load adjustments. Goal based loads are useful for a variety of different purposes:

A goal-based load pattern is useful when you want to determine the number of users that your system can support before it reaches some level of resource utilization. This option works best when you have already identified the limiting resource (that is, the bottleneck) in your system.

These settings cause the user load to be adjusted between 1 and 1000 during a test run in such a way that the Counter for % Processor Time hovers between 70% and 90%.

The ‘Computer’ property should be left blank as we don’t yet support Server side counters of your application.

These properties can be set through the properties sheet of  your scenario’s load pattern in your load test: 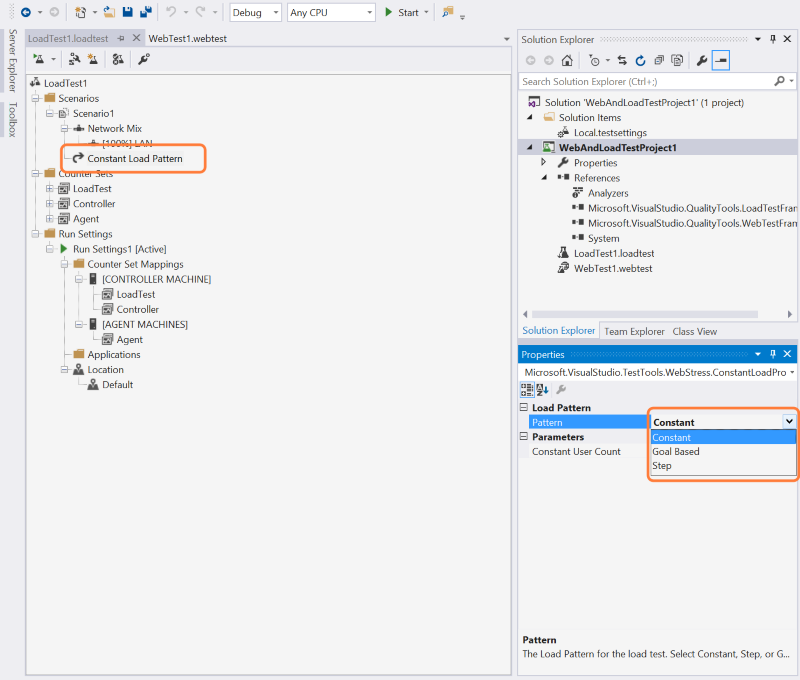 If you have questions or feedback, you can reach out to us at vsoloadtest@microsoft.com.

If you have a feature request for us or an improvement you’d like to see, please log them on our UserVoice site.

How to set up TFS 2015 in a dual server configuration
Update: we've published the install guide here: https://msdn.microsoft.com/en-us/Library/vs/alm/TFS/setup/overview. Feel free to post comments or questions on that here ...