The ALM Rangers started the Demonstration factory initiative to raise the overall quality bar of hands-on labs and to create DemoMate based recordings. The team’s key objectives were to improve** accuracy** and consistency in terms of style and delivery of hands-on labs and walkthroughs. 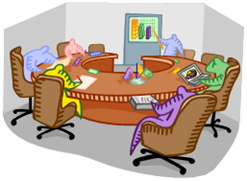 The solutions for the associated guidance and latest hands-on lab manuals can be found here: http://msdn.microsoft.com/en-us/vstudio/ee358787.

Choosing the Right Tool for the Task to Manage Projects, Collaborate, and Monitor Progress in Visual Studio ALM
If you are using Visual Studio TFS 2013, you can find this level of information in the following topic: Choose the Team Foundation client to support your tasks.In Visual ...

Kathryn Elliott
September 6, 2012
0 comment
Gartner starts a study on Testing tools and publishes its findings on Magic Quadrant for Application Life Cycle Management
If you are wondering about different vendors of Application Lifecycle Management Tools it is worth taking a look at their latest research where Gartner positions ...