What I Learned at TechEd 2011 in Atlanta 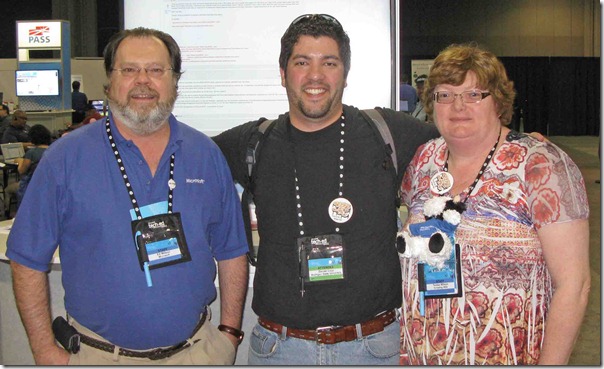 Once again TechEd provided passes to two winners of the Scripting Games. The passes go to one winner in each category, Beginner and Advanced. If the first place winner cannot attend TechEd, then the pass is offered to the second place winner and down the line until one of the participants is available to attend TechEd. This year we were happy to host Daniel Cruz as our Beginner event participant.

I chose to enter the 2011 Scripting Games for one reason: to learn. Participating in the Games helped me learn to create clean, reusable scripts that I could proudly share with the world. Not only did I learn more than I thought I would, there were several unexpected benefits that I continue to enjoy—like confidence, friendship, and a pass to TechEd 2011 North America in Atlanta, GA.

Microsoft has been the meat and potatoes of my professional career and I was pretty close to drooling as I browsed through hundreds of sessions, labs, and workshops in the TechEd catalog. Attending and absorbing the sessions was really only the first step; I spent time in most of them frantically jotting down notes for future studying. I came home with 15 pages of Exchange 2010 and Windows PowerShell notes, four slide decks to review, three Windows PowerShell books, and a head that was already spilling TechEd knowledge over the brim.

One highlight of my trip was during an Exchange 2010 workshop. I chose to go through the lab using Windows PowerShell although the step-by-step instructions were written for the GUI. On top of that, I work on Exchange 2007, not Exchange 2010. It went well. Being able to discover and use cmdlets that were new to me really boosted my confidence.

The people I met were what really made this trip special though. Hanging with Ed and Teresa at the Scripting Guys booth was a blast! I was constantly being introduced to new people, many of whom had names and reputations that I was already very familiar with. Sharing this time with such an amazing group of people really made for an unforgettable experience. I would love to name each person I enjoyed meeting but that could take a while, so I thank you all. I can assure you, if you remember meeting me, I most certainly remember you….unless we met at the closing party. Wheeew! That’s a story for another time…