Microsoft Scripting Guy, Ed Wilson, is here. Today the Scripting Wife and I are in Prague, and we have been hanging out with Windows PowerShell MVP, David Moravec, and his lovely wife Andrea. Here they are waiting for me to get in the elevator: One of the things David and I have been talking about is how cool Windows PowerShell Desired State Configuration (DSC) is.

Note  Portions of today’s post are excerpted from my book, Windows PowerShell Best Practices, which is published by Microsoft Press. 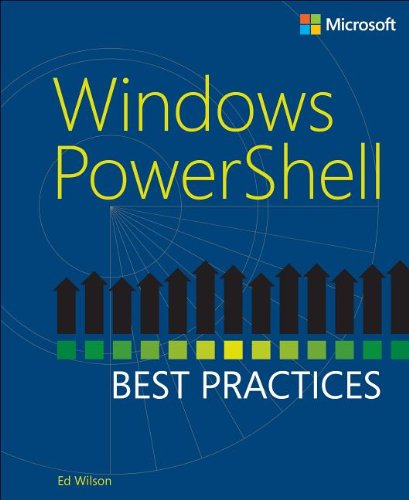 The killer feature of Windows PowerShell 4.0 is DSC. Every presentation at TechEd 2013 in North America and in Europe that discussed DSC received high marks and numerous comments from audience participants. Clearly, this feature resonates soundly with IT pros. Therefore, what is DSC, how is it used, what are the requirements for implementing it, and how does it help the enterprise administrator?

DSC is a set of extensions to Windows PowerShell that permit the management of systems for the software and the environment on which software services run. Because DSC is part of the Windows Management Framework (which includes Windows PowerShell 4.0), it means that it is operating system independent, and it runs on any computer that is able to run Windows PowerShell4.0. DSC ships with the following resource providers:

The twelve default resource providers each support a standard set of configuration properties. The providers and supported properties are listed in the following table.

Because it is possible to extend support for additional resources by creating other providers, you are not limited to only configuring the 12 previous types of resources.

To create a configuration by using DSC, you first need a Managed Object Format (MOF) file. MOF is the syntax that is used by Windows Management Instrumentation (WMI), and therefore it is a standard text type of format. A sample MOF file for a server named Server1 is shown in the following image. In the ScriptFolderConfig.ps1 script, the configuration creates a directory on a target server named Server1. It uses the File resource provider. The source files are copied from a share folder on the network. DestinationPath defines the folder to be created on Server1. Type identifies that a directory will be created. Recurse specifies that all folders beginning at and following SourcePath are copied. The complete ScriptFolderConfig.ps1 script is shown here. 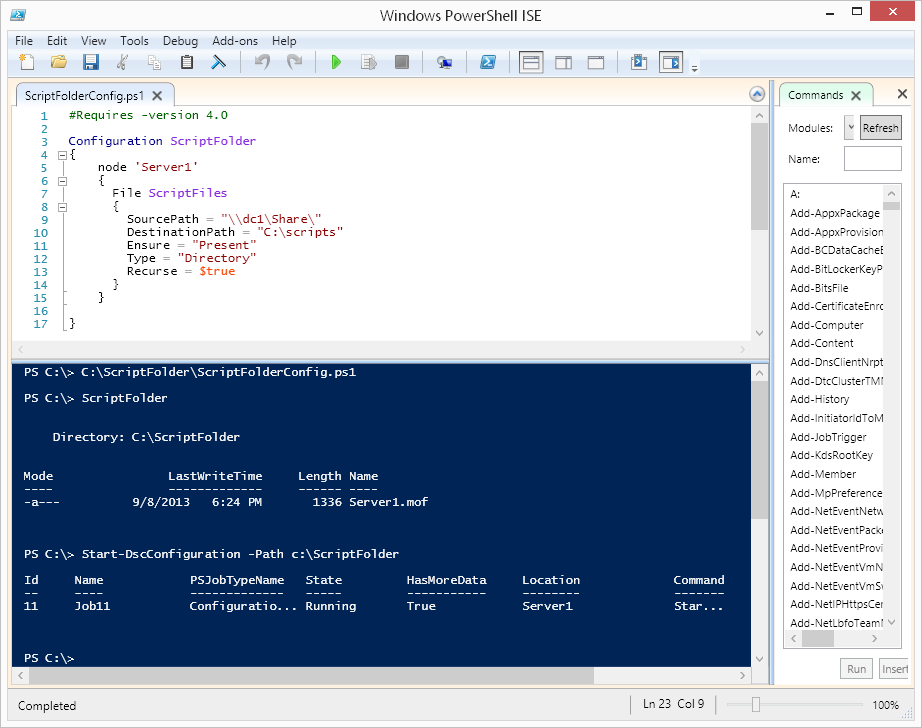 DSC Week will continue tomorrow when I will talk about more cool Windows PowerShell DSC stuff.