Design Your PowerShell Functions to Be Reusable

Summary: Learn how to write Windows PowerShell functions that are reusable so that you increase your productivity. 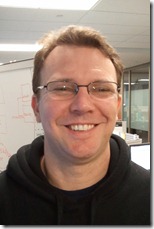 Andy Schneider is a systems engineer at Avanade, a company that was started in 2000 to merge leading enterprise technology solutions with cutting-edge business consulting capabilities. Andy is a member of the IT Infrastructure Hosting team for Avanade’s IT services. He focuses on virtualization using Hyper-V and has done a lot of work with NetApp storage devices. Andy uses Windows PowerShell on a daily basis to manage Hyper-V, Microsoft clusters, and NetApp storage devices. When Andy is not writing Windows PowerShell code, you can find him spending time with his beautiful wife and two daughters or working out at Kirkland Crossfit.

The Scripting Games, year after year, continue to be a great opportunity for people to learn new skills, get involved in a great community, and possibly win some really cool prizes. In the last several years, I have had the privilege of participating in the games as a contestant and as an author of an “Experts Answer.” This year, though, I had the privilege of judging the entries. I saw a lot of great scripts, innovative problem solving, and definitely learned a lot myself.

One of the key criterion judges were focusing on this year is reusable code. The idea of reusable code is fairly straightforward. If you are writing a function, could you, or someone else, use the function in other scripts or modules?

“Monads are Leibniz’s term for the fundamental unit of existence that aggregates into compounds to implement a purpose. In this philosophy, everything is a composition of Monads. This captures what we want to achieve with composable management.”

So what does all this have to do with reusable code? Functions, like cmdlets, are “Monads.” They represent some small piece of functionality that can be combined together with other pieces of functionality to create a solution. The beauty of Windows PowerShell is that it allows you to string together all these pieces of basic functionality in new and innovative ways to solve really large, complex problems.

Here are a few things I try to think about as I am writing a function that will be reusable:

I will admit that there is a bit of a learning curve here. You will find that after you write 10 or 20 functions, you will start to develop your own style. Your 20th function will be a lot cleaner and more reusable than your first. The great thing about code is you can go back to your first functions and update them with the knowledge you have accumulated.

As an example, several years ago, NetApp released a .NET SDK that could be used to manage their SANs. This was a year or so before they released their Windows PowerShell Toolkit. I ended up writing a couple functions that used the SDK to do two different things on a NetApp. The first version of this code was extremely rough. I had a lot of information hard coded into my functions, and they were not pipeline friendly. Also, if I wanted to add a new function to take advantage of another part of the SDK, I had to basically start from scratch.

There might be some frustration up front, but the process of going back and updating code and learning and improving over time will absolutely pay off in the end. Just know that it may be weeks or months for the payback to kick in. Trust me though—it is well worth the investment.

Thank you, Andy, for this pragmatic discussion on writing reusable code.

Create and Use Default Values in PowerShell Scripts
Summary: Microsoft Scripting Guy Ed Wilson teaches you how to create and to use intelligent defaults for your Windows PowerShell scripts or functions. Weekend Scripter ...

ScriptingGuy1
May 21, 2011
0 comment
Use PowerShell to Make Mandatory Parameters
Summary: Learn how to use Windows PowerShell to create mandatory parameters. Weekend Scripter Microsoft Scripting Guy, Ed Wilson, is here. I will admit that yesterday I ...