Microsoft Scripting Guy, Ed Wilson, is here. Today, I'm playing with my new Surface Pro 2 device. It came with a year of free Skype and two years of 200 GB storage on OneDrive. WooHoo! It is great. I love that the Surface Pro 2 is so fast and so robust. I was really surprised and happy when the Scripting Wife got it for me. Cool. 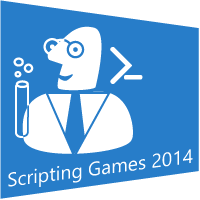 Note  This is the final post in a series in which I talk about things I noticed whilst grading submissions for the
2014 Winter Scripting Games. In case you missed the previous episodes:

What are parameter validation attributes?

Glenn Sizemore wrote a great introduction to Windows PowerShell parameter validation attributes in his blog post, Simplify Your PowerShell Script with Parameter Validation. It is a good overview. I also talked about using a ValidatePattern parameter attribute in Validate PowerShell Parameters before Running the Script. That post provides a good example of using a regular expression pattern to validate parameter input.

The whole point of using parameter validation attributes is that it does the following:

In the following function, the input must be a member of a particular set. The set is defined in a variable called $myset and an if/else construction checks input to see if it is a member of that set. If it is, the input is valid. If it is not, an error message appears, and the permissible values are displayed. This is a useful script, and it is a nice check on the input values.

{Write-Output "The input is valid"}

After I load the function, I call the function and pass a couple values. The values are members of the $myset set, and therefore, it is valid input. When I pass the value almond, however, an error is thrown. This is shown in the image that follows: I can rewrite the previous script to use parameter validation. To do this, I use the [ValidateSet()] attribute:

Write-Output "The input is valid"

Not only is the script a lot cleaner, but it is much less typing. In addition, the script is easier to read because I do not need to weave through the if/else statement and the throw statement. But more than that, if I run the function in the Windows PowerShell ISE, I also gain IntelliSense. In this way, it makes it very difficult to choose the wrong value. In fact, I have to deliberately ignore the IntelliSense to enter a false value. The following image illustrates the free IntelliSense I gain when I implement the ValidateSet parameter attribute. Even though I did not wire up a throw statement, if I ignore the IntelliSense and I supply the wrong value for the parameter, an error occurs. In addition, like in my previous example where I displayed the contents of the $myset variable to show the permissible values, Windows PowerShell supplies the permissible values for the set. This is shown in the following image: