Earlier this month we partnered with IonQ and Quantinuum to offer one of the challenges at Quantum Coalition Hackathon 2022 – the second edition of the annual Hackathon organized jointly by Yale and Stanford student quantum computing associations. The Hackathon was hosted online and attracted over 130 participants from around the world.

The challenge we offered to the participants consisted of two parts. In part 1 the participants were presented with three independent tasks that tested their ability to implement a simple quantum oracle in Q#, as well as run Q# and Qiskit code via Azure Quantum. These tasks were designed to prepare the participants for part 2 of the challenge, in which they were to choose an arbitrary problem and explore it using IonQ simulator and QPU, and Quantinuum H1-2 system emulator.

After the usual 24 hours of hacking, we received 13 project submissions. Same as last year, it turned out that a team had to complete both parts of the challenge to qualify for one of the winning slots.

Let’s meet the winning teams and learn about their projects!

The winning team explored quantum image processing using Flexible Representation of Quantum Images. They experimented with different approaches to image encoding to find one that is feasible to run on an 11-qubit QPU, and then implemented several simple image processing tools such as rotation and shift. Finally, they ran their implementations on all three targets, getting perfect results on IonQ simulator and Quantinuum emulator, and a “somewhat recognizable” image on IonQ QPU that fell prey to the expected noise.

Fun fact: Mihai Zsisku was also a member of the winning team in our challenge in QCHack 2021!

Check out the team’s project! 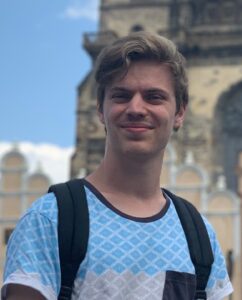 In his project, Matthieu implemented a simple error correction scheme using small encoding circuits and explored its behavior on both IonQ and Quantinuum targets.

“24h sure is short to achieve quantum error correction, but it’s exciting to try!” 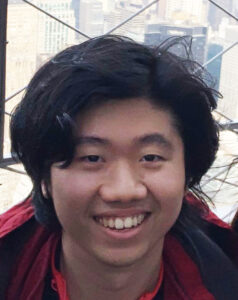 Fun fact: this is Wittmann’s third appearance on the list of our Hackathon winners – he took home wins from both last year’s QCHack and the MIT iQuHack earlier this year!

“I really enjoyed the free-form format this year as it allowed me to implement some quantum algorithms which I was very interested in exploring, and this also allowed me the opportunity to learn how these algorithms perform on real noisy-devices. Part I of the challenge also was really helpful in getting me familiar with the API to connect with the quantum devices through Azure Quantum. Overall it was a very exciting weekend, and I look forward to participating again in the future!” Sumeet solved the subset sum problem – finding a subset of the given list of positive numbers that add up to a given target sum.

“It was exciting to use an actual physical quantum computer for the first time! I’m at a point where I’m considering a career in quantum computing, and this was a great push towards that direction.”

Congratulations to the winning teams! As always, it was a pleasure to host the challenge, and we’re looking forward to future to engage with the quantum community!

PyQIR Projects at UnitaryHACK
We're happy to be supporting UnitaryHACK June 3 - 17. Register to contribute to some great open source PyQIR projects and collect bounties in the process!