Discovering NuGet packages can be a daunting process. The best way to do so is either via word of mouth or online search. However, your friends aren’t always available when you’re looking for a new package at 3:00 in the morning. You could try to search online, but you’d need to spend unnecessary amounts of time sifting through the results before finding a package that may be helpful. We recognize that this time is better spent actually developing software. We wanted to create an accessible service to deliver package recommendations using real world data about how developers use packages. 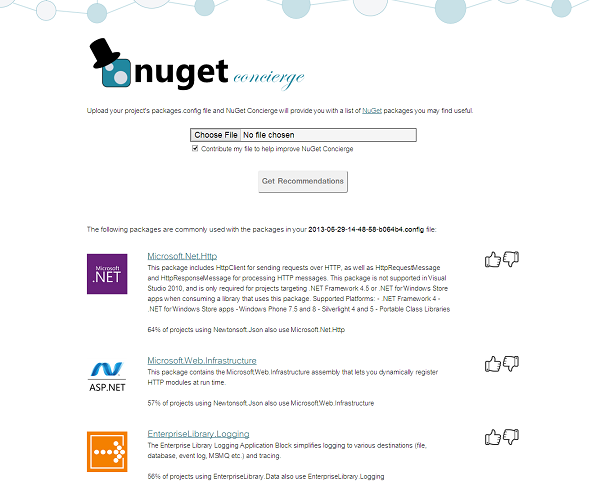 So, at the beginning of the summer, we put out a call to the community via Twitter, asking for developers to upload their projects’ packages.config files to help seed our newly conceived recommendation service. We asked, and you delivered! Armed with a collection of over 350 packages.config files, the NuGet Concierge project was brought to life. 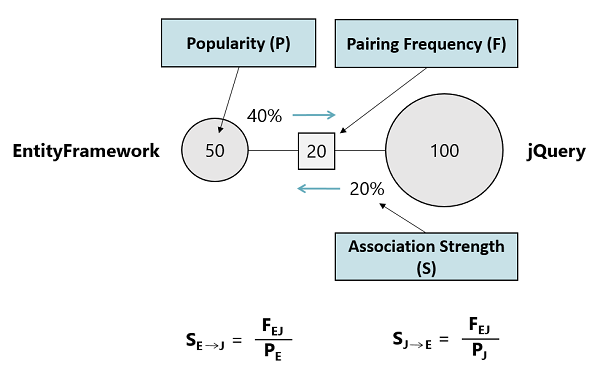 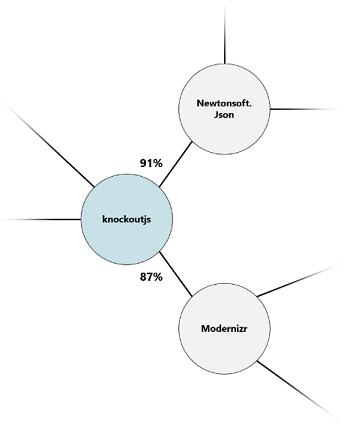 NuGet Concierge is just a conceptual prototype at the moment. But if the concept proves to be valuable, we imagine NuGet Concierge as a fully integrated part of NuGet, having a presence in the Gallery, Visual Studio’s Manage NuGet Packages dialog, and the Package Manager Console. The greatest part of NuGet Concierge is the data powering it. The ability to reference real data about how packages are actively used together opens up a world of opportunities that can potentially help NuGet better serve developers.

NuGet 2.7 Released
The NuGet team is excited to announce that NuGet 2.7 is now released in stable form. We published the release candidate on August 14th and we have not made any changes ...

Jeff Handley August 22, 2013
0 comment
Editing Package Metadata on the NuGet Gallery
In our next deployment, which is scheduled for the week of August 26th, 2013, we have added the ability to edit package metadata at any point in time before or after ...