Today, we are delighted to release .NET 6 Preview 3. This release is dedicated almost entirely to low-level performance features. These are the types of improvements that many folks don’t necessarily always fully appreciate, but they help a lot for many apps. Most of these improvements apply to the CLR type system directly, either making it function faster or better interplay with modern CPUs (think “hardware accelerate the type system”). In the last few years, there have been a few key performance trends with .NET, including: using structs more liberally in libraries, and moving runtime code to C#. Both of trends are visible (directly or indirectly) in these changes. It also demonstrates continued efforts on a focused set of performance strategies.

You will notice that two of these performance changes came from Ben Adams. He’s well known for word play on his first name. In the spirit of April 1st (recently past), perhaps we can virtually rename this release to .NET 6 Preview B3n. Thanks B3n!

You can download .NET 6 Preview 3, for Windows, macOS, and Linux.

.NET 6 has been tested with Visual Studio 16.10 Preview 1 and Visual Studio for Mac 8.9. We recommend you use those builds if you want to try .NET 6.

For Linux users: .NET SDK 6 Preview 3 resolves an issue where NuGet restore fails on Linux due to expired NuGet certificates and unfortunate interactions with changes made to root certificates stores on Linux, carried by ca-certificates and nss packages. Please update your .NET 5 and .NET 6 SDK deployments on Linux, ASAP.

.NET 6 will be released in November 2021, and will be supported for three years, as a Long Term Support (LTS) release. The platform matrix has been significantly expanded.

.NET 6 Debian container images are based on Debian 11 (“bullseye”), which is currently in testing.

The following APIs and improvements have been added to the .NET libraries.

A new unsafe api — CollectionsMarshal.GetValueRefOrNullRef — has been added that makes updating struct values in Dictionaries faster. The new API is intended for high performance scenarios, not for general purpose use. It returns a ref to the struct value which can then be updated in place with typical techniques.

Prior to this change, updating struct dictionary values can be expensive for high-performance scenarios, requiring a dictionary lookup and a copy to stack of the struct; then after changing the struct, it needs to be assigned to the dictionary key again resulting in another look up and copy operation. This improvement reduces the key hashing to 1 (from 2) and removes all the struct copy operations.

Interface casting performance has been boosted by 16% – 38%. This improvement is particularly useful for C#’s pattern matching to and between interfaces.

One of the biggest advantages of moving parts of the .NET runtime from C++ to managed C# is that it lowers the barrier to contribution. This includes interface casting, which was moved to C# as an early .NET 6 change. Many more people in the .NET ecosystem are literate in C# than C++ (and the runtime isn’t even regular C++). Just being able to read some of the code that composes the runtime is a major step to developing confidence in contributing, in its various forms.

The following changes improve code generation in RyuJIT, either making the process more efficient or the resulting code faster to run. A recent post on Loop Alignment does a great job of demonstrating the level of consideration and detail that is required for optimal performance. 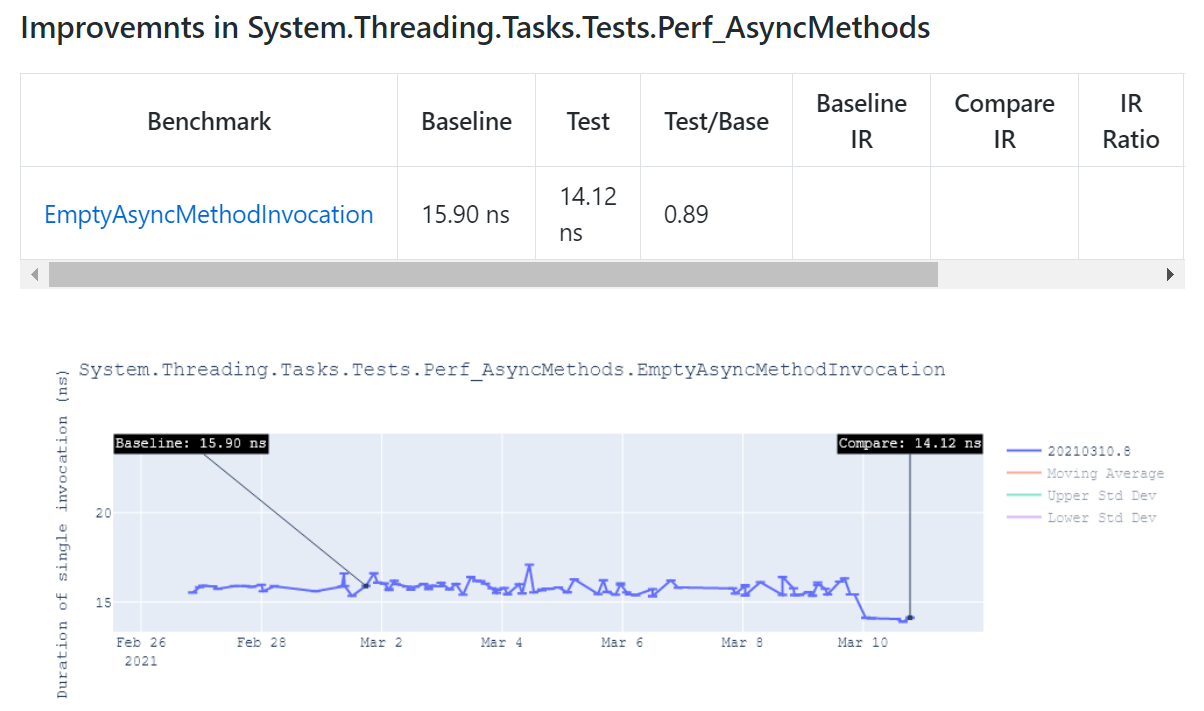 This is just the first step in our more comprehensive plan to bring this technology to all .NET developers including desktop (WPF, WinUI, WinForms), cross-platform client scenarios in .NET MAUI, and more. .NET Hot Reload will be supported with these additional platforms in future preview releases of .NET 6. In addition, we will also make .NET Hot Reload available as an integrated experience in future Visual Studio releases.

We’re now about halfway through the .NET 6 release, at least in terms of feature development. You can read about other features that have been added, in the Preview 2 and Preview 1 releases. We expect some larger features to land in the next few previews before we start into focusing on quality in the release candidate builds.

I started the post raising visibility on some great community contributions. Some community folks are using the GitHub Sponsors program to support spending more of their time on contributing to .NET. That’s great. Ben is an example. I encourage you to consider supporting community developers improving .NET, perhaps focused on a part of the product you depend on significantly. It’s a good opportunity to invest in your supply chain.